Top Places to travel if you want a Winter vacation

Here is a compilation of some incredible places to travel to if you enjoy skiing and snowboarding. On this list there are many travel destinations and a range of levels of difficulty. If you Like to take advantage of the snowy winter while you still can, nothing beats the slopes of Whistler and Park City. But if you’re willing to go a bit further, there’s unparalleled skiing in cities like Hokkaido, Japan; and Dizin, Iran. The recent nuclear agreement has paved the way for Americans to visit this Middle Eastern country. In January, hit the slopes in Dizin, just two hours from Tehran. Its high elevation means that ski season lasts until late May—much longer than comparable resorts in Europe. Stay at the ski-in, ski-out Dizin Hotel, which was originally built for the Shah.

The family-friendly ski town is fantastic in January, when the little ones have gone back to school. And there are tons of growing après-ski options, too, from great restaurants (Sidecut Modern Steak & Bar, Basalt Wine & Salumeria) to a burgeoning art scene (the Audain Art Museum is scheduled to open any day now).

America’s largest ski destination is now under new ownership by Vail Resorts. The mining village still maintains much of its charm—the boutiques on Main Street, the ski-in, ski-out distillery—but now has all the perks of a major resort, like ultra-speedy lifts and great restaurants. Best of all, the snow is as great as ever. 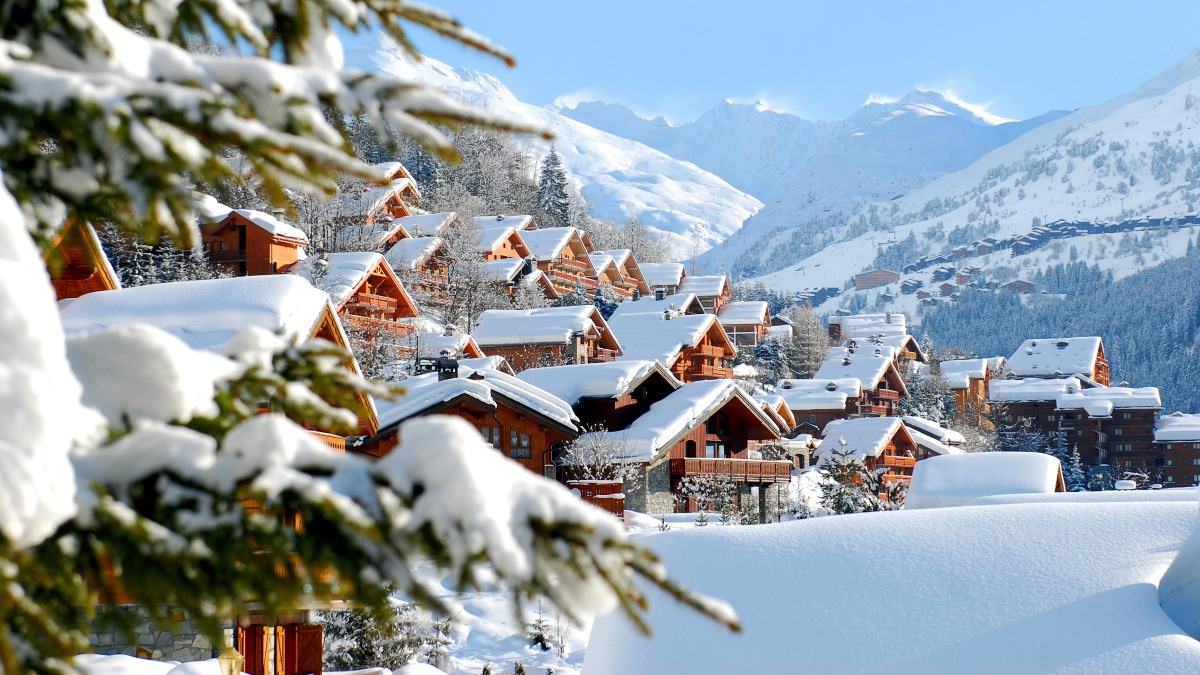 Because it’s the one in the middle…

This pick was more about skiing a world-class linked area, which can offer fantastic skiing for all abilities, great night life and is family-friendly, rather than just picking one resort.  But as we had to choose one, and after much debate, we settled on the resort of Meribel from the 3 Valleys ski area, over either Val d’Isere or Tignes from the nearby Espace Killy ski area.

There is little to split these two fantastic ski areas, both of which are very popular with the Brits, but in the end the 3 Valleys got the nod on size alone, as it has 600km of piste to Espace Killy’s 300km.

Meribel got the vote over Courchevel and Val Thorens mainly because it’s the middle valley, making it super easy to ski in any of the 3 valleys without feeling rushed. Another bonus of Meribel is the fact that it’s been developed sympathetically, with low level chalet style development rather than high-rise apartments which spoil many a French mountainside.

Riksgransen made our Top Ten for keeping the season alive well into June. Head north post Easter, while the rest of Europe’s lifts are closing, and you’ll be skiing at midnight over 200km north of the Arctic Circle.

Being so far north, Riksgransen gets tons of snow and doesn’t actually open until Late February, as it’s far too cold and too dark beforehand.

It’s best in April/May when the days go on well into what should be night and all the Scandinavian seasonaires have returned home, from mainland Europe, for a season-ending party. The best of which is the Scandinavian Big Mountain Championships free skiing competition, held here every May.

Riksgransen’s pistes aren’t necessarily the longest, but they are varied and the off piste is good too, but it’s the ski touring that stands out here as being world class. It really is true wilderness and you’re likely to meet a few reindeer if you leave the resort boundaries.

Anyone who loves to ride powder will have Alaska on their bucket list, and if you want to ski this isolated US state then look no further than the resort of Alyeska.  Yes; most hardcore ski nuts will head to Alaska for either ski touring, ski mountaineering or heli-skiing but the resort of Alyeska should not be overlooked, as it’s like heli-skiing without the price tag.

A 33-year average snowfall of over 16 meters is enough to keep the pistes in pristine condition and the off piste fresh all season. The mountain here is quite open, with multiple black diamond chutes and wide exposed faces, while most of the trees are no go areas. Intermediate and beginners are well looked after, with plenty of groomed pistes on offer.

We said this list includes something for everyone, and for less experienced skiers and lovers of long lunches that means we have to be talking Italian, and there is nowhere more quintessentially Italian than Cortina.

It may not have the world’s best snow, but it does have some serious skiing, and the mighty Dolomiti Superski pass means you can take advantage of the links into the Sella Ronda and also the lovely hidden valley at Lagazuoi – possibly Europe’s most beautiful red run.

But Cortina’s real appeal is the town itself – the culture, the cuisine, the cobbled Corso Italia – and the absolutely jaw-dropping Dolomites scenery that circles the town like a pink-hued crown.

If it’s good enough for a Toblerone pack then it’s good enough for our bucket list. The Matterhorn is possibly the most perfect and iconic mountain on the planet, so why wouldn’t you want to ski beneath it.  Zermatt and Verbier, are arguably Switzerland’s top resorts, but only Zermatt and the linked Italian resort of Cervinia have the Matterhorn as an awe-inspiring backdrop.

Zermatt has world-class skiing, a good snow record and all the in-resort facilities you’d ever need. While a tad expensive, it should be skied at least once in any self-respecting skier’s life.

The Japanese yen remains weak against the U.S. dollar, so it’s still a great time to visit the Asian country. Hokkaido—which has some of the best powder in Asia—is ideal for skiing this time of year. A bonus for ski buffs: holders of Vail Resorts’ Epic Pass also have access to the beautiful Niseko resort. Just make sure to do as the Japanese do, by following up a long day on the slopes with a soak in the onsen (hot spring).